Our xiuyan jade is perfect for all kinds of skin, facial, body, head, and more. They come in various designs, sizes, shapes, and colors. This guarantees you that we can produce the right xiuyan jade gua sha tools for your business.

Bring your products to the next level with our unique and appealing stone! Contact Wholesale gua sha tools today and let us help you and your company achieve success! 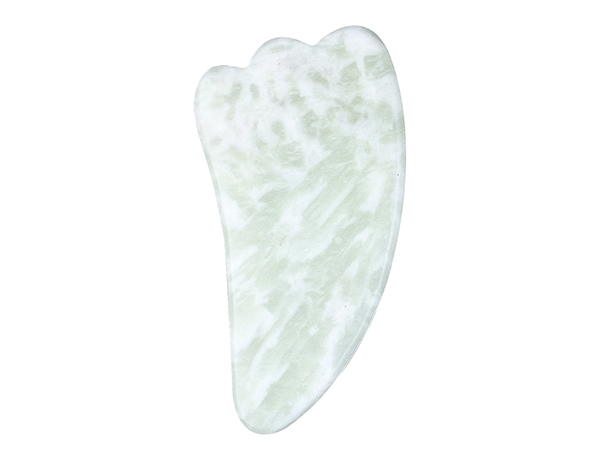 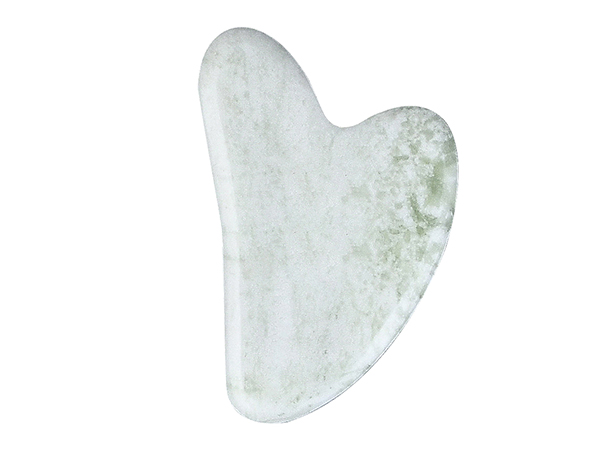 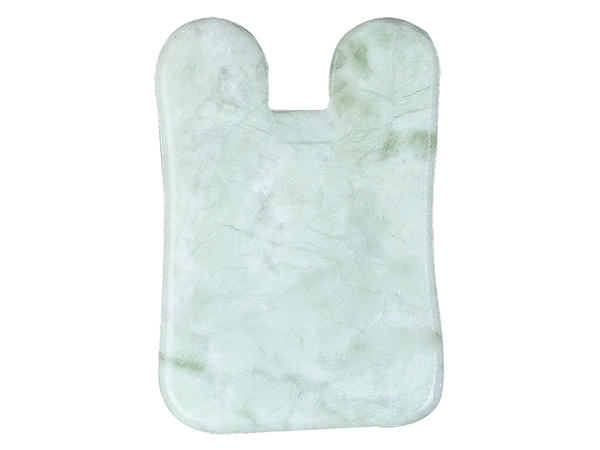 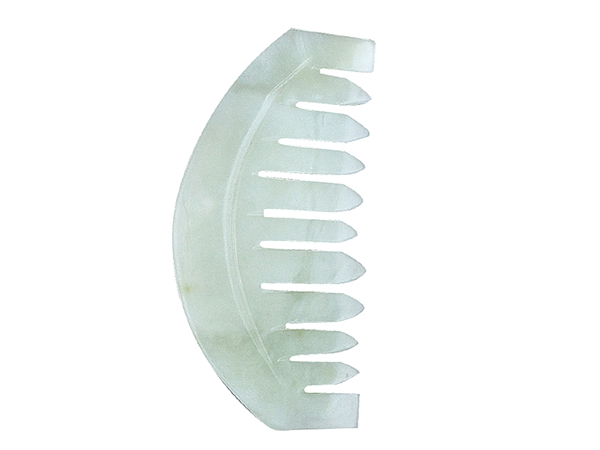 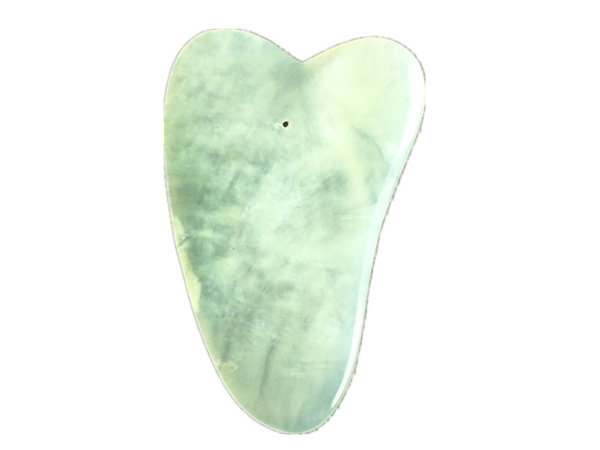 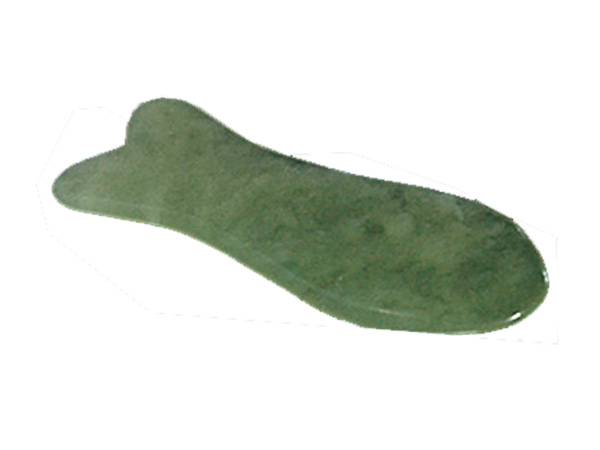 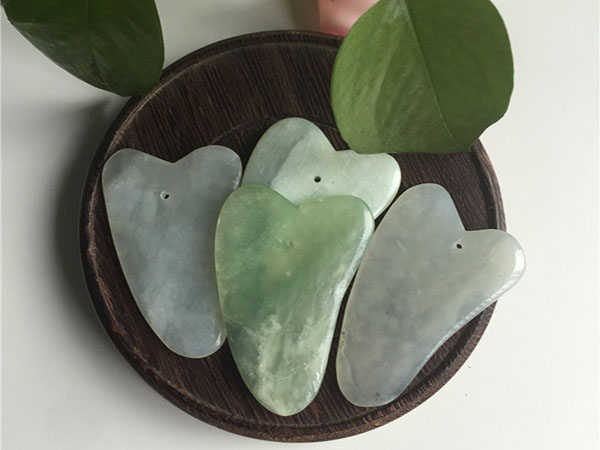 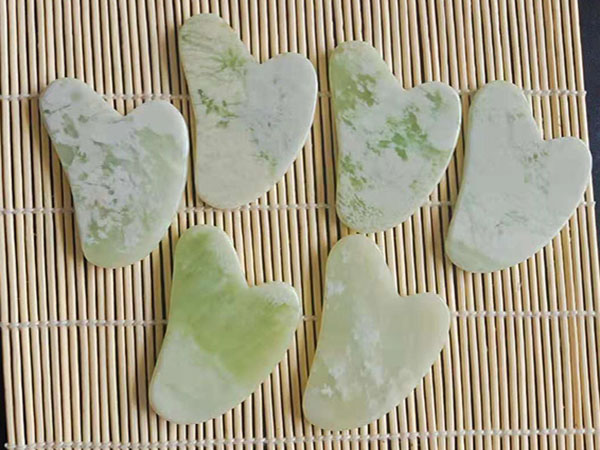 The xiuyan jade gua sha stone can be used on different parts of the body. You’ll get so many benefits, decreased toxins, and increased blood circulation.

Xiuyan jade is named after it was produced in Xiuyan Manchu Autonomous County, Anshan City, Liaoning Province. Xiuyan jade is divided into two categories: one is old jade, and the seed material in the old jade is called Hemo jade, which belongs to tremolite jade. Its texture is simple and dignified, and its color is light yellow and white. The other is gorge jasper, which is a serpentine ore. Its texture is firm, warm, delicate, and mellow, mostly green to lake green. Among them, dark green, transparent and less flawed is the treasures.

The composition of Xiuyan jade

The existence of such rich colors often makes Xiuyan jade have an extremely beautiful “smart color,” which is very precious.

China has a long history of developing and utilizing Xiuyan jade. Knives made of Xiuyan jade were unearthed at the Xinle Cultural Site in Shenyang, Liaoning, about 6800 to 7200 years ago. Mainly found in Chaoyang, Liaoning and Chifeng, Inner Mongolia, bracelets made of pomelo rock were also unearthed at the Hongshan cultural site about 5,000 years ago.

Xiuyan jade, referred to as Quyu, is a serpentine jade material. Named for its production in Xiuyan County, Liaoning Province, it is one of the earliest jade materials used by Chinese ancestors. It belongs to the monoclinic crystal system, with many royal blue yellows, a small amount of white, green, or blue, Mohs hardness 4~5.5, with grease luster and transparency. The country has many origins, and the characteristics are also different.

The Xiuyan jade produced in Xiuyan County, Liaoning Province, is called Liaoning Quyu. The colors are mainly light green, dark green, blue and yellow. Most of them are translucent, with a sense of grease luster, hardness 4.5~5.5, and specific gravity 2.58~2.6.

Xiuyan jade produced in the Qilian Mountains of Gansu is called Jiuqua jade, Qilian jade, or Qilian Mountain jade. Dark green with black spots or irregular black masses. The famous luminous cup is made of this material.

Xiuyan jade produced in the Kunlun Mountains of Xinjiang is called Kunlun Mountain, which was discovered and utilized recently. Mainly dark green, some are light green, light yellow, yellow-green and gray, white and other colors.

The texture is relatively delicate, the oily luster, the hardness is 4.5~4.8, the specific gravity is 2.603, and it is almost entirely composed of serpentine minerals. It does not rule out the possibility of using it to make jade in ancient times.

The jade is delicate in quality, yellow-green to dark green, and it is especially realistic to use it to make jade pieces such as leaves in handicrafts.

Xiuyan jade produced in Luchuan County, Guangxi Zhuang Autonomous Region, is called Luchuan pomelo jade, also known as Luchuan jade. One is mainly serpentine, which is emerald green, dark green with a light white, showing oily luster, slightly transparent to translucent, and dense block. The second is tremolite jade, whose main ore body is tremolite. The jade material is bluish-white and white, with silky luster, slightly transparent, and coarse and hard in texture.

The effect of Xiuyan jade

Humans have discovered the health care effect of jade on the body for a long time. China’s famous Chinese medicine masterpieces “Shen Nong’s Materia Medica” and “Tang Materia Medica” Compendium of Materia Medica has been written.

According to “Compendium of Materia Medica·Jinshibu,” jade has the functions of “removing heat in the stomach, urgency and irritability, nourishing hair, nourishing the five internal organs, softening tendons and strengthening bones, quenching thirst, moistening the heart and lungs, helping the voice and throat, soothing the soul, and benefiting the blood vessels. Clear ears and eyes” and other curative effects. Spectral measurement analysis shows that the special molecular structure of Xiuyan jade can make it emit infrared electromagnetic waves that are absorbed by the body.

Therefore， Xiuyan jade has excellent medical and health care effects on the body.