Our opal gua sha tools are offered in varying shapes and sizes. You can use them at the office, home, therapy center, or any place you want—their shape is from round to stick. You can choose the right shape that best suits your needs. More so, our opal gua sha stone has a very smooth feeling to prevent harmful skin.

Nevertheless, the retail and wholesale business should be confident in using our gua sha tools because they are made from high-quality natural materials. Also, if you need something not on the list, feel free to contact us. We can assist you in customizing the opal gua sha stone tool. 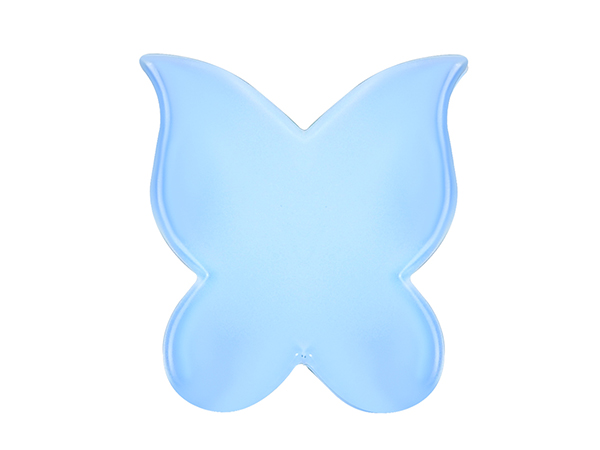 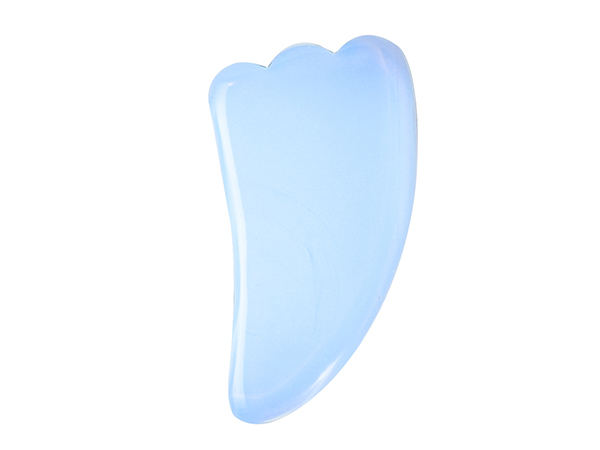 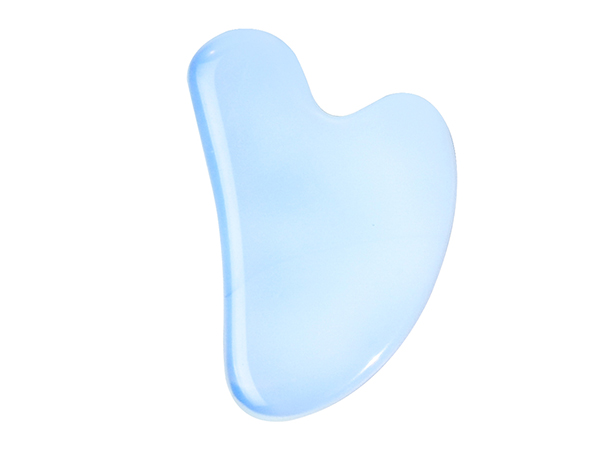 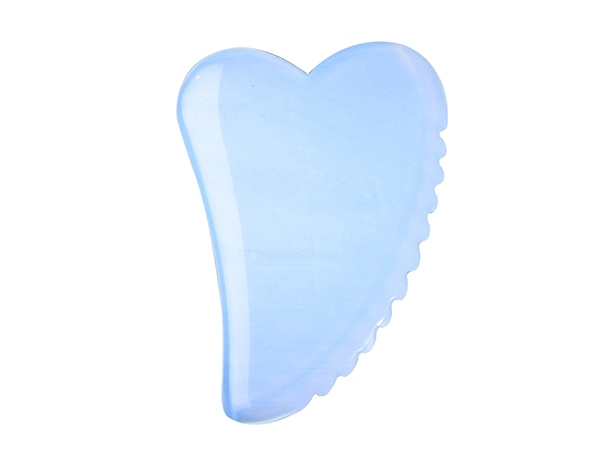 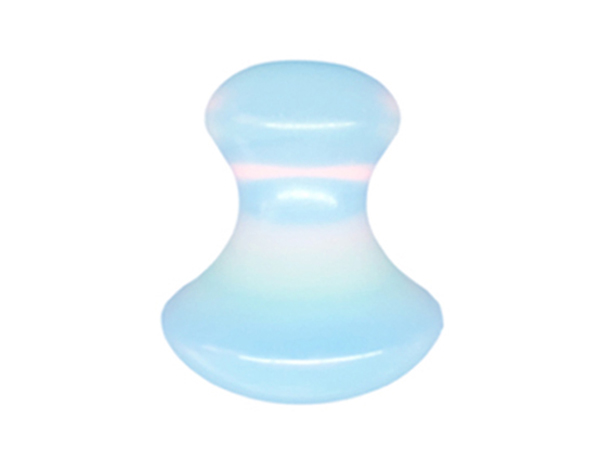 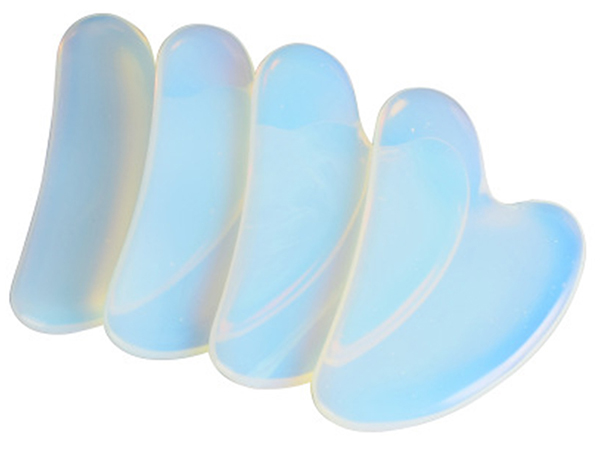 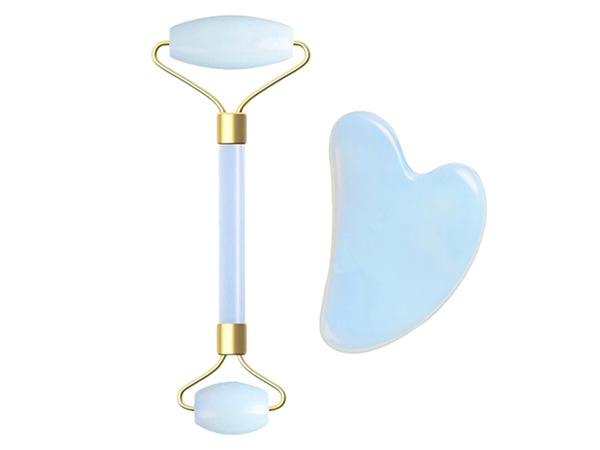 The rose quartz gua sha stone can be used on different parts of the body. You’ll get so many benefits, decreased toxins, and increased blood circulation.

Opal, a type of quartz, contains a small amount of water because it gets trapped during crystallization.

Opal has a chance to form when silica fills the tiny holes, so it is found in almost all types of rock. Unblemished Opal is colorless, but the most popular type of Opal usually has a shimmering color that changes with the light.

The shape has no certain shape, often in the form of dense block, crust, vein, or pore filling consistent with the shape of the pore, and some Structure-like organic matter, such as diatoms, radiolarians, etc.

Opal is the main rock-forming mineral of siliceous rocks. In many siliceous cemented sandstones and siltstones, Opal appears as a cement. Opal is also often a secondary mineral of volcanic rocks, filling pores and fissures. In other crystalline rocks, opals sometimes appear as artifacts of feldspar and iron-magnesium minerals.

Opal’s gemstone name is Opal; used as jewelry and is actually a collection of opals. It should belong to the category of jade, but the jewelry industry usually treats it as a “gem.” There are many kinds of opals, and most of them are mid-range gemstones. Opal and cat’s eye are listed as birthstones for October.

Common Opal is the most famous Australian Opal, divided into two types:

Among them, the black background and colorful surface are the best. White Opal is a white background, with light green and light yellow on it, and the price is relatively low. Another common one is Mexican fire opal, which is mainly orange and has the highest price with colorful light on the surface. Some opals are white with a bit of transparency at the bottom and also emit a colorful luster.

3. Synthetic Opal: It has the same chemical composition, structure and physical properties as natural Opal.

4. Opal imitations: not composed of tiny silica spheres but also doped with other substances such as plastics.

Characteristics that affect the value of natural Opal

Natural opals can be divided into three categories. Note that the following is mainly the original opal value evaluation method. The value rating system of sparkle opal and gangue opal differs from the original Opal.

Original Opal (SolidOpal); an opal gemstone without any substance attached, which is the most common type of Opal, including white Opal, black Opal, pink Opal, crystal opal, etc.

BoulderOpal; It is a layered opal attached to a rock commonly found on the market.

The surrounding rock of the obtained scintillation opal is iron-bearing sandstone, and such Opal is called “iron opal” in the market.

If the Opal forms loosely between the tiny voids in the rock, it is a gangue opal. The common gangue opal on the market comes from the Andamuka opal mining area in South Australia, Australia.

Opal is often placed in water or stored. Suppose it is made into beautiful ore and must grow in no crust to become jewelry. In that case, It should pay special attention to the humidity of the preservation environment, such as moving rock formations, that is, places where there is almost no earthquake. If the internal water evaporates, it will burst. Opal was arguably the most precious gemstone at the time.

When it entered Europe, it was hailed as an unfortunate gem. Because there is a very special color change in Opal, many men and women use Opal as a gift, but because they don’t know how to save it, it is damaged, but they think it is the opposite image.

Because Opal contains a variety of metal elements, and its ore body also contains water, It will not treasure it under the refraction of light, so many lovers are separated.

See the color shift. There are also many synthetic opals on the market today. Generally speaking, Opal is divided into two types, one stone, because it is easier to synthesize.

The texture of artificial Opal is not delicate, and the color change phenomenon does not flash. It is a precious opal with color change effect. It will emit a state. Please observe carefully when purchasing.

The iridescent light is a very expensive gemstone; the other is an ordinary opal with no chromatic effect and the entire piece is the same color.

The following three types of opals are commonly found in the market.

Black Opal: Opal that was discovered after the 20th century is colorful and mysterious.

Opal is a mineral with an amorphous structure and contains water, which allows us to thoroughly understand our emotions, face all emotional changes, and discover our true self in the ever-changing emotions.

At the same time, it can also bring the expectation and vitality of love, and it is a typical emotional gem;

Ordinary opals have no moisture or color-changing effects, but their energy is subtle and nourishing.

Opal can subtly transform our energy field, bringing us transformation and strength layer by layer, starting from the depths of our psyche. It’s color changes also symbolize the development of different potentials in our life. Opal can help us recognize our own abilities and develop them in our own suitable direction.

Ordinary users can wear opals to help discover their abilities and develop their potential. It can also change our high emotions or too low emotions, relieve emotional problems easily, bring stability to our hearts, and make our communication more efficient.