We are a top gua sha tool manufacturer, producing and supplying aventurine gua sha stones and rollers. We also offer acupuncture sticks. They are used in acupressure massaging.

Generally speaking, natural gua sha stones are the best choice for scraping tools because they are durable and affordable. In addition, compared with metal gua sha tools, gua sha stones contain trace elements that are beneficial to the body.

Our wholesale Gua Sha tools are available in different designs in S, Stick, V and Butterfly shapes. These reusable scraping stones are versatile as they can be used as gifts and as a facial massage tool. In addition, they are very suitable for relieving the fatigue of the body.

Suppose you are looking for wholesale aventurine gua sha tools. In that case, We are your reliable Gua Sha tool manufacturer that can provide you with a wide range of options to suit your personal or business needs. We offer different sizes and shapes of aventurine gua sha stones, such as buttons, mushroom vertebrae, finger massage rings, eye scraping sheets and U-shaped scraping boards. If you are looking for something not listed above, please contact us. 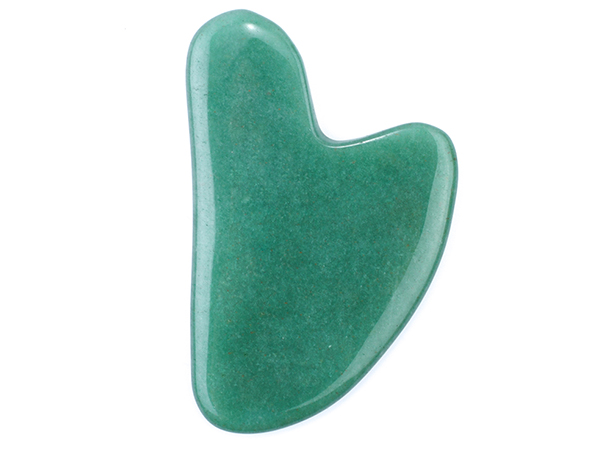 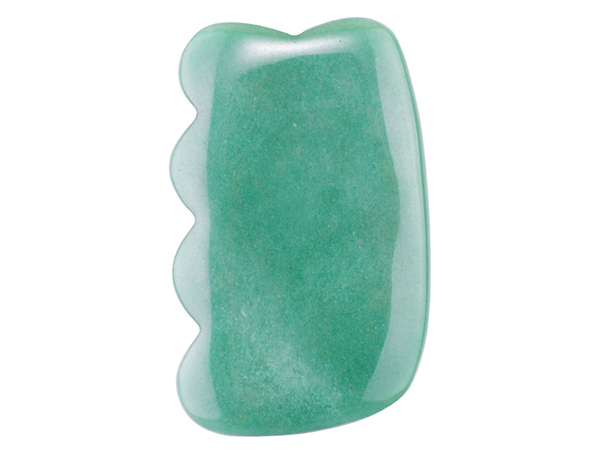 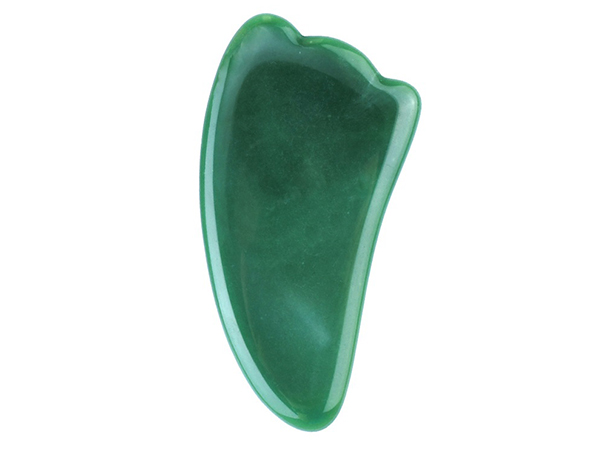 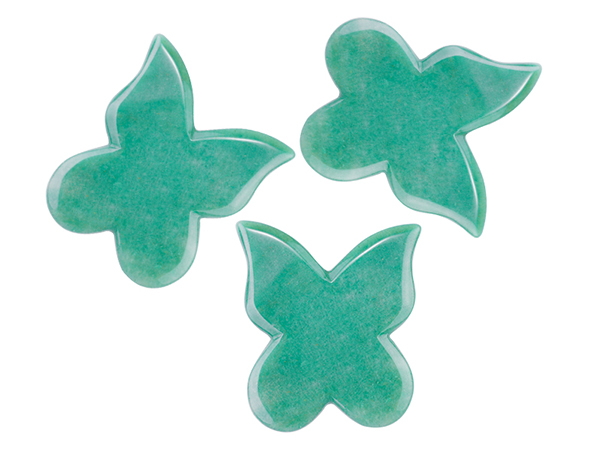 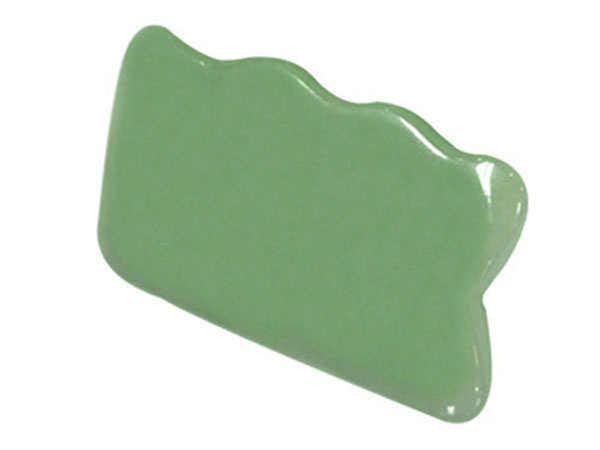 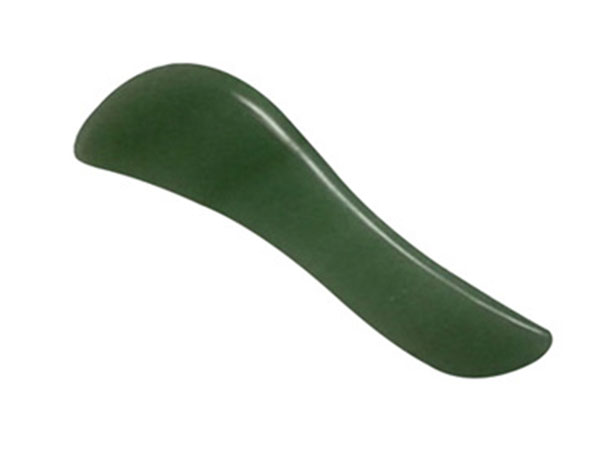 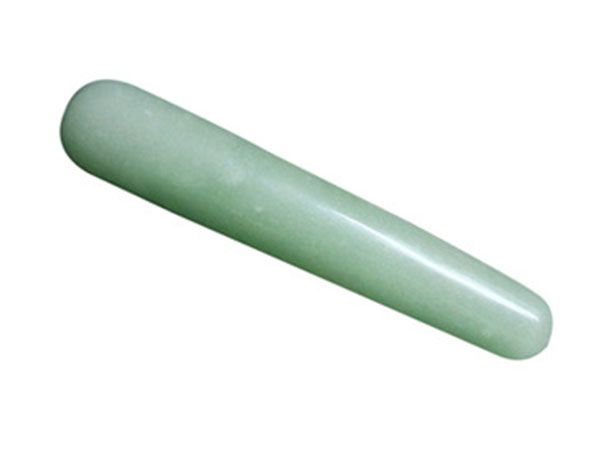 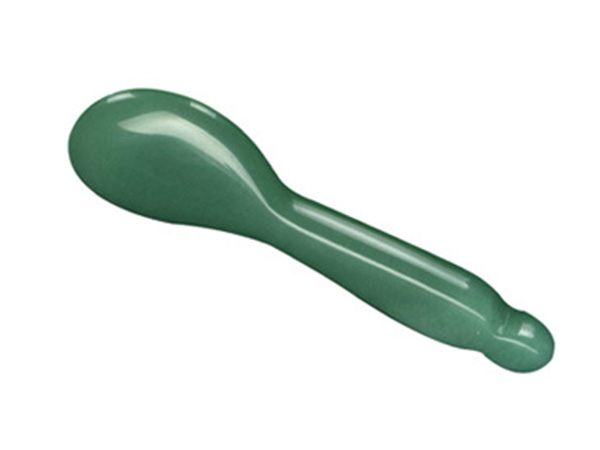 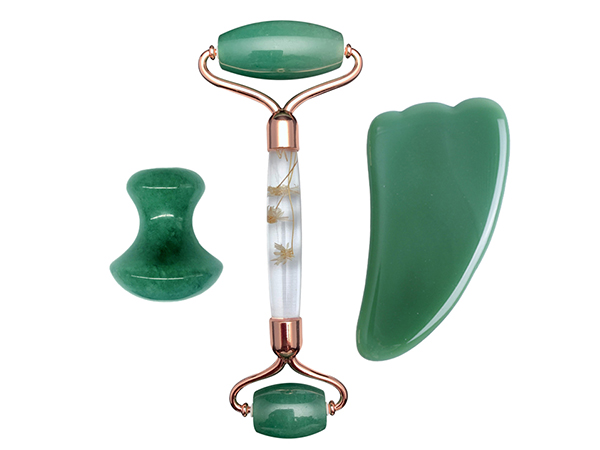 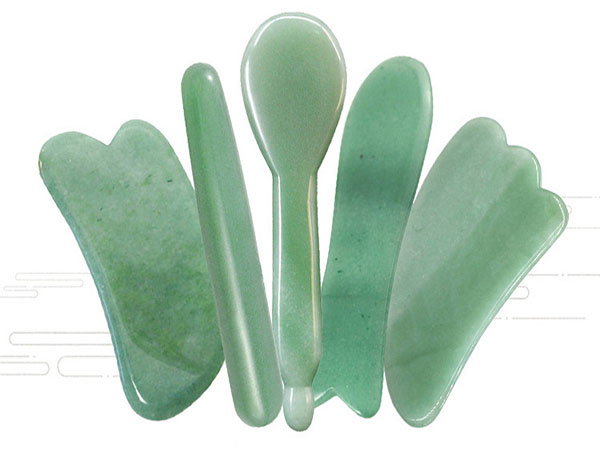 Scraping can reduce fever because the skin’s pores are blocked when there is a fever. After scraping, the pores are opened, and the wind and cold inside can be excreted.

Aventurine jade, also known as ocean stone or aventurine stone, was first produced in India, so it is also known as “Indian jade.” It is a fine-grained quartzite with impurities inside.

It will show different colors based on different elements, such as:

It is green If containing chromium mica ;

It is brown-red if containing Hematite;

It is blue If containing blue lignite ;

They often contain microcrystalline pyrite, and the minerals will flash after polishing, so it is also called “aventurine.”

Aventurine jade is mostly opaque, with a small amount of translucent, with a hardness of about 7.

Green aventurine was once called Indian jade, but because of its oily green background and bright dots on it, its density is lower than that of jade, so its price is much lower than that of high-quality jade. In fact, today’s “Aventurine jade” does not only refer to the green chrome mica-quartzite produced in India.

According to different colors, they include：

The narrow sense of “Aventurine jade” refers to the quartzite jade aventurine containing green chrome mica, which was first produced in India and later found in China.

Aventurine jade is divided into three grades according to quality:

Bright green or dark green, with strong grease luster, translucent. The texture is dense, delicate, tough, and smooth. No impurities, cracks, or any other defects. The block weighs more than 6 kg.

Bright green, with strong grease luster, slightly transparent. The texture is dense, delicate, and tough. There are trace impurities or small speckles, but no cracks or other defects, and the weight of the block is more than 6 kg.

Green, with strong grease luster, slightly transparent. The texture is dense and tough. There are a small number of impurities, cracks, and other defects. The block weighs more than 2 kg.

Aventurine, also known as “Dongling Stone,” also known as “Indian Jade,” is an oil-green quartzite containing chromium mica, and its color is very beautiful. But nowadays, people push it widely, and all the quartzite or secondary quartz with bright color, dense and tough texture in the crust are collectively referred to as “Aventurine Stone.”

Crispy. The texture of aventurine jade is dense, delicate, and tough, and the grains are closely combined, and there are no gaps in the appearance, so it is uniform. Tiny flaky mica crystals make the aventurine Venus sparkle.

The effect of aventurine jade

The color of aventurine jade, from light green to dark green, can effectively relieve anxiety. Green aventurine has a certain role in psychotherapy, can increase muscle flexibility, improve heart and lung problems, and is often used to treat the heart, relieve stress, and eye diseases.

It can protect the garden or house from the strains of the site and turn a situation against the owner, bringing success.

Aventurines can absorb electromagnetic fog, and wearing it can strengthen people’s ability to resist environmental pollution or be tied to a mobile phone to prevent radiation. Aventurines can bring wisdom, calm anger, promote emotional recovery and enable people to start a new life. It balances the yin and yang diodes and promotes the regeneration of damaged hearts.

Aventurine can improve understanding of the underlying causes of disease and relieve stuttering and severe neurosis. It can effectively reduce inflammation, relieve rashes and allergies, eliminate migraines, and relieve eye fatigue. It is good for the adrenal glands, lungs, genitals, heart, muscles, and genitourinary system. It can be used as a gemstone to relieve skin diseases.

Green aventurine has been used successfully in psychotherapy. It is effective for heart and lung problems and can increase muscle flexibility. It is most often used to treat the heart, relieve stress, and eye diseases. Green Aventurine reduces anxiety and soothes emotions and is best used for melting heart knots. It’s also a gem that is healthy and happy and keeps you in a good mood. Emerald green is spring.

The color of the sky is a kind of thriving, business-like, prosperous, prosperous, and beautiful energy, and it also represents a kind of wealth in a broad sense. The natural Dongling jade unicorn tag can attract good friends, noble people to help, good luck, and opportunities.